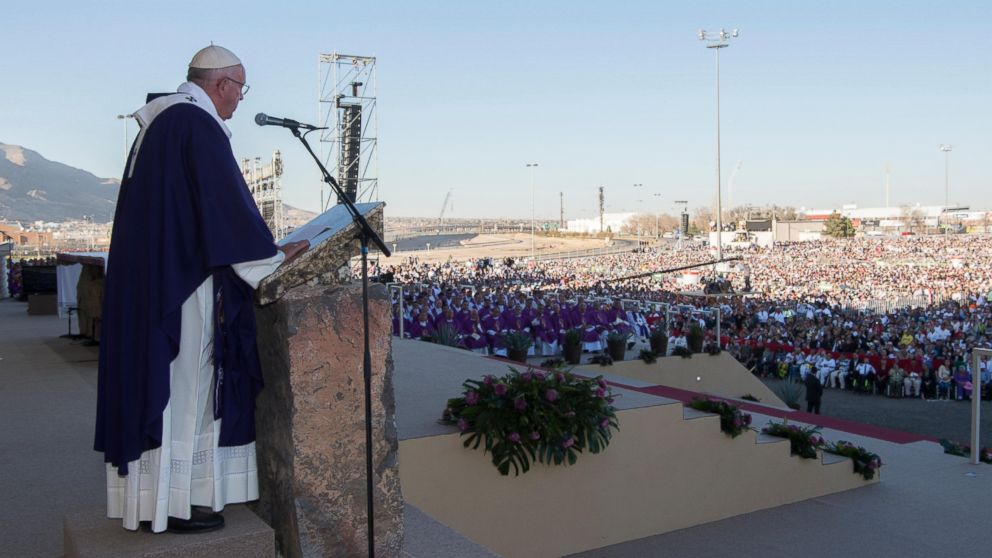 The pope expressed his strong displeasure with Trump's immigration policies.

Pope Francis took umbrage at comments Republican presidential candidate Donald Trump has made about immigrants, saying in an interview that the real estate mogul was "not Christian."

The pope's strong dismissal of Trump was in response to measures Trump has proposed on the campaign trail, including building a wall along the U.S.-Mexican border and deporting millions of undocumented immigrants living and working in the U.S.

When asked by a reporter, "Can a good Catholic vote for this man?" Francis responded by saying, "Thank God he said I was a politician, because Aristotle defined the human person as 'animal politicus.' So at least I am a human person. As to whether I am a pawn -- well, maybe, I don't know. I'll leave that up to your judgment and that of the people."2016 Candidates React to Pope and Trump's Back-and-Forth

He continued: "And then, a person who thinks only about building walls, wherever they may be, and not building bridges, is not Christian. This is not in the gospel. As far as what you said about whether I would advise to vote or not to vote, I am not going to get involved in that. I say only that this man is not Christian if he said things like that. We must see if he said things in that way and in this I give the benefit of the doubt."

The pope made these remarks before he concluded his visit to Mexico, which included a public Mass at the U.S.-Mexico border. Tens of thousands of people from both countries gathered for Mass.

Trump responded to the pope's comments today in South Carolina, telling supporters he is "a good Christian."

"If and when the Vatican is attacked by ISIS, which as everyone knows is ISIS' ultimate trophy, I can promise you that the pope would have only wished and prayed that Donald trump would have been president," Trump said.

"For a religious leader to question a person's faith is disgraceful," Trump added.

Even before the pope's comments were released today, Trump had already taken issue with the pope's trip to Mexico, arguing that the pontiff was playing politics.

In an interview with Fox Business, Trump called Pope Fr